France best selling albums ever: Best Of by Laura Pausini (2001) 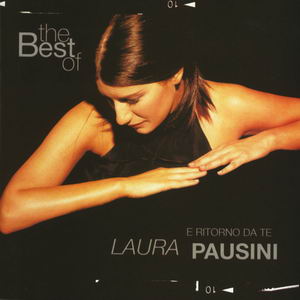 On our travel from present to the past among best selling albums ever in France, we have yet to met two types of albums: hits package album and a non-French/English record. Both of those specificities are true with this record, Best Of by Italian singer Laura Pausini.

This album was released only a few weeks prior Les Mots by Mylène Farmer, which, incredibly enough, remains to this day the last million selling best of. As for the language, it may since a unique performance to sell a million copies of an Italian album in France but it was actually preceded by the notable blockbuster album Romanza by Andrea Bocelli.

This takes nothing from the incredible success story of Laura Pausini in France yet. Although La Solitudine was a huge hit back in 1994, nobody expected such a triumph for the first compilation of the artist.

One technicality that must be known about French charts is that artists-specific best of albums are considered as compilations and as such chart in a dedicated ranking. If getting valid sales information for France is already a difficult task, it turns out to be a complete nightmare for compilations, with close to zero data about them and very few albums properly certified to use as a decent comparison item.

Entering at #15 on this chart which requires less sales than the main one was quite modest but strong airplay of singles, notably E Ritorno Da Te, led to an impressively enduring run of 43 Top 10 weeks and 83 Top 20 weeks enabled the album sales to reach very high levels. Estimated yearly sales as per below:

*the album is now mostly deleted due to the release of 20: The Greatest Hits in 2013.